Note: Links presented on this site are to Audible in the USA. However, our books are also available through Amazon and Audible in the UK and elsewhere. As is the case with all audiobooks, final prices are set by individual vendors and often vary from vendor to vendor. Please note that all of our titles are available FREE as the initial purchase from Audible should one care to signup for a trial Audible membership, but may be purchased from Audible in the traditional manner as well.

66 Days Adrift: A True Story of Disaster and Survival on the Open Sea by William Butler

A Foolish Voyage: Self-Discovery at Sea by Neil Hawkesford

A Speck On the Sea: Epic Voyages In the Most Improbable Vessels by William Longyard

As Long As It’s Fun: The Epic Voyages and Extraordinary Times of Lin and Larry Pardey by Herb McCormick

At the Mercy of the Sea: The Story of Three Sailors in a Caribbean Hurricane by John Kretschmer

Blown Away by Herb Payson

Blue Horizons: Dispatches from Distant Seas by Beth A. Leonard

Bull Canyon: A Boatbuilder, A Writer and Other Wildlife by Lin Pardey

Cape Cod Bay: A History of Salt and Sea by Theresa Mitchell Barbo

Child of the Sea by Doina Cornell

Dynasties of the Sea: The Shipowners and Financiers Who Expanded the Era of Free Trade by Lori Ann LaRocco

The Enduring Journey of the USS Chesapeake by Chris Dickon

Final Passage: The Ocean Must Give Up Its Secret by Timothy Frost (Fiction)

The Fish and the Falcon: Gloucester’s Resolute Role in America’s Fight for Freedom by Joseph E. Garland

Gone to Sea: An Anthology by Herb McCormick

Islands and Insulin: A Diabetic Sailor’s Memoir by Erin Spineto

Kihivas: Alone at the Ends of the Earth by Istvan Kopar

North to the Night: A Spiritual Odyssey in the Arctic by Alvah Simon

Of Foreign Build: From Corporate Girl to Sea Gypsy Woman by Jackie Parry 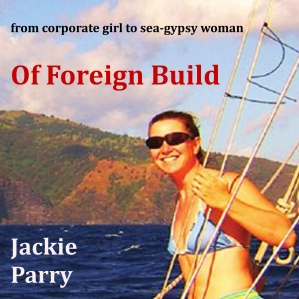 Sailing With Bogie: A Memoir of Humphrey Bogart’s Passion for the Sea by Larry Dudley

Sailing With Impunity: Adventure in the South Pacific by Mary E. Trimble

Taleisin’s Tales: Sailing Towards the Southern Cross by Lin and Larry Pardey

This Is It: 2 Hemispheres, 2 People, and 1 Boat by Jackie Parry

Art above by Claude Monet: Boats on the Zaan.

All New Street Nautical Audio titles are available worldwide via Audible & Amazon. Links on this site lead to the USA presence of our primary partner Audible.